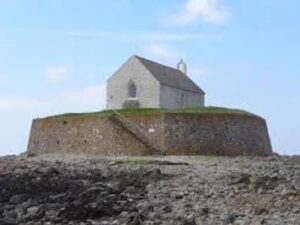 “The Wise Man Built His House Upon a Rock”

I hope you know the discipline I had to exert to avoid editing the biblical verse of my title to the modern and politically correct “The Wise Man or Woman.” Instead, I decided to strictly adhere to scripture because it falls in line with this installment’s theme of “back to basics” – back to a time when we didn’t feel compelled to be politically correct. In a world that has gotten so complicated and technologically advanced, sometimes it’s helpful to dial it back to such basics, lest we forget their significance. Basics – the fundamentals or foundations that provide a solid base upon which to build. From the parable of the wise and foolish builder came the common saying: a house built on sand collapses. In this month of contemplated New Year’s Resolutions filled with promises to be kept, let’s get the basics down once and for all so we can set ourselves up for success in this New Year and beyond.

I continue to meet bright and accomplished people, from all different backgrounds and perspectives, that don’t yet make the connection between poor planning and guardianship, which is often the unintended consequences of poor legal planning. For reasons still unknown to me, people rotely understand the need for a Will, and prioritize a Will above Powers of Attorney, treating Powers of Attorney almost as though they’re just the “throw-away” documents that happen to come along with a Will when you get an estate plan. I know this because the people that actually have Powers of Attorney don’t really know what the document says, what the document does, what happens if they don’t have the documents OR, (I know most people don’t even think about this one): what happens if the one or two people named as decision-makers, called agents, are unable or unwilling to serve. I find people name, at most, 2 people as agents in succession, maybe 3 if they have 2 children and a spouse, but that would be it. If you run out of people who can serve as your agent, it’s as if you never had a valid power of attorney to begin with.

And so, our return to basics starts here with the 5 most common questions and answers involving the oft’ overlooked Power of Attorney. We will take up the Will, and the issues surrounding probate, in another installment:

A Power of Attorney is a legal document that names people, called Agents, that you, the Principal, specify within the document to make certain decisions for you when you cannot make them for yourself, which would be during periods of mental incapacity. There is a Power of Attorney for health care decision making and a separate Power of Attorney for financial and legal decision making. Most importantly, the decisions made by the person(s) you appoint in the document will affect you in so many profound ways. Upon signing these documents, you transform the people you name in the document from family member or friend to “fiduciary”, with a legal and moral duty to operate in your best interest, not their own, with duties of care and loyalty only to you, and to no one else.

Health Care Power of Attorney: The agent under a Power of Attorney for Health Care can only make decisions for you when you are incapacitated and cannot make decisions for yourself. This person will make the most personal of decisions for you in profound ways that you may not even contemplate as you read this, alive and well. You live in southeastern coastal North Carolina, maybe with family, maybe not, but certainly with your friends, habits, creature comforts, and certainly in your home and with your stuff. You have things to do that are important to you to get done, or you just enjoy doing them. If you find yourself on the other side of a catastrophic event, alive but incapacitated, the person you name as your health care agent must decide where you convalesce, whether you return home and if not, where you go from there, which could mean being plucked from your life as we just described it and being moved to another state to be closer to your health care agent for his or her convenience in carrying out his or her duties. Your agent decides for you the type of medical care you receive and from whom, whether and what type of facility you live in, and even who is permitted to visit or have contact with you. Note that the power to restrict visitation is erroneous. Health care agents mistakenly believe they have this authority and even more damaging is that facilities believe the agent to possess this power. This is incorrect.

Financial/Legal Power of Attorney: The agent under Durable Power of Attorney steps into your shoes and transacts for you just as if you were acting for yourself with regard to your personal finances and legal matters. Financial Powers of Attorney come in 2 forms – “immediate” or “springing”:

Immediate – upon signing the document, your agent’s powers come to life and he or she can transact for you today even though you are perfectly capable of managing your own affairs. Despite the obvious concerns, this is most often the most convenient because it provides the ability for your agent to step right in to manage finances and pay bills the moment crisis strikes and afterward, without a delay or glitch;

Springing – your agent’s powers “spring” to life upon the happening of a certain triggering event such as a physician’s opinion that you are unable to manage your affairs. In this health care HIPAA- compliant world with all the privacy restrictions, it is not always easy to get a doctor to write such an opinion, particularly if the doctor is not your primary care physician. Right in the middle of the crisis, and on top of all the confusion and stress, we must get a determination of incapacity from typically two physicians, who may or may not know you, in order for your agent’s authority to be in effect.

Without valid powers of attorney for health care and financial decision-making, someone will have to petition the Court to obtain power to make these decisions. This process is called ‘guardianship’ and you can take my word for it: it is not at all pleasant. The probate judge, in North Carolina called the Clerk of Court, a complete stranger to you, your family and your set of circumstances, has the authority to adjudicate you incompetent and to appoint a guardian to make health and financial decisions for you. If no one is available to serve as your guardian, the Clerk will appoint the public guardian to manage your entire life, with little or no input from you. You avoid this entire process if you have valid powers of attorney and the list you have for agents goes deep enough to allow for contingencies if someone you name is deceased, incapacitated themselves, or is unable or unwilling to serve because that person needs to tend to the demands of his or her own life when the time comes to help you. In a medical emergency, even without a health care power of attorney, certain people ranked in order can talk to the doctors and authorize emergency procedures under North Carolina’s surrogacy statute found under the medical malpractice section of our general statutes. This in no way replaces the need for a formal and valid Health Care Power of Attorney for decisions that need to made outside of such a situation.

If you have attended any one of my educational forums on Elder Law issues, you know the answer to this one: NO. Despite the similar title and formatting, financial Powers of Attorney prepared by a general practitioner, estate planning attorney or downloaded from the internet will lack the authority necessary to protect your assets if you or your spouse needs skilled nursing home care. With the exorbitant annual cost of long term care, upwards of $96,000.00 per patient/resident, and the scarcity of ways to pay for it, the decision of whether to self-fund for long term care requires a comprehensive and informed discussion. The answers to this question depend on whether there is a spouse who will be living at home while one of you is receiving skilled nursing care, your total net worth, any long term care insurance you may have (if you can and will keep up with the rise in premium rates), and whether you want a pool of resources to supplement your care needs and whether you want to leave anything behind to your heirs at death.

It would be great if we all loved our children’s spouses. But what happens if we don’t? And worse, END_OF_DOCUMENT_TOKEN_TO_BE_REPLACED

Advance Directives are legal documents that protect you when you are unable to relay the information yourself. This may be due END_OF_DOCUMENT_TOKEN_TO_BE_REPLACED