Is There a Connection Between Diet and Dementia 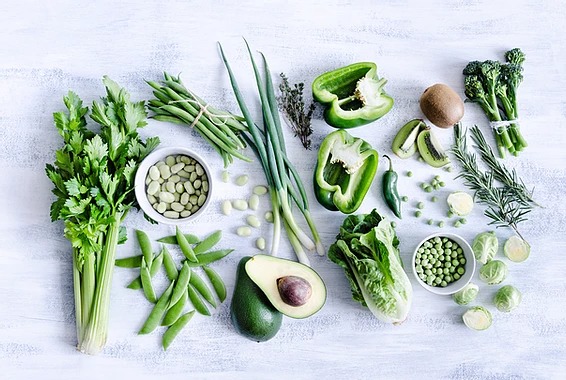 Many experts say yes. In fact, there are many who are beginning to refer to Alzheimer’s as “Type 3 Diabetes.”

Despite the staggering numbers, there has been no cure for dementia found through traditional medicine. However, many doctors and scientists now believe that there may be a way to prevent dementia and other neurodegenerative diseases simply by cutting out sugar and other processed carbs and adding in more “good” fats into our diet.

The role of ketones

In his book, “Stop Alzheimer’s Now!” by Bruce Fife, M.D., Dr. Fife explains the role of ketones in the brain, and how their presence can lessen the effects of dementia. Dr. Fife explains that ketones are a “special type of high-energy fuel” produced in the liver specifically to nourish the brain. We don’t normally have many ketones in our blood, but when we do they provide energy to the brain as well as building blocks to form new brain tissue.

With Alzheimer’s, brain cells have difficulty metabolizing glucose, which is the brain’s principal source of energy. If the brain is not adequately fueled then brain cells will die. The brain has no difficulty utilizing ketones for energy, so it makes sense that we would want to fuel our brains with a source that causes no complications.

How do we get ketones to the brain?

When we do not eat foods that supply glucose, then our bodies produce ketones from body fat to supply the brain with energy it needs. Another way is to ingest Medium Chain Triglycerides (MCTs) directly, as the liver will also convert MCTs into ketones. MCTs can be purchased in an oil format, or can be ingested as coconut oil. Dr. Fife notes the importance of MCTs in the development of the brain and spinal cord in newborns – human breast milk contains MCTs.

When MCT oil is consumed, ketones are only present for several hours, as opposed to being constantly present when produced as a result of a carbohydrate-restricted diet. A carbohydrate restricted diet is one that severely limits sugar and other processed foods and instead focuses on good fats and a very limited amount of protein and carbohydrates. This is often referred to as a “ketogenic diet.” The result is putting the body into a constant state of “nutritional ketosis” where the liver is consistently producing ketones.

As an aside, our diet consists of three types of macronutrients (nutrients needed in large amounts): carbohydrates, protein and fat. Carbohydrates are present in most foods in the form of sugar, starch and fiber. Sugar and starch produce the highest glucose levels in our body, thus compounding the chances of insulin resistance – the dangers of which are explained more fully below.

Additional support for a carbohydrate-restricted diet and ketones

In 2013, “Grain Brain,” was published by Dr. David Perlmutter. “Grain Brain” analyzed the root cause of brain disease, concluding that in many cases it is in fact caused by our diet. Dr. Perlmutter explains in the book that by flooding our cells with high levels of insulin (resulting from an overconsumption of highly processed foods filled with refined sugars), our cells desensitize themselves to insulin, causing insulin resistance. The result of insulin resistance is our cells ignore the insulin and fail to retrieve glucose from the blood. The pancreas steps in and produces more insulin. Higher levels of insulin are now required for sugar to go into the cells, resulting in a cyclical problem that eventually results in type 2 diabetes.

Dr. Perlmutter also offered support for the opinion that Alzheimer’s disease is a third type of diabetes, citing studies that began to emerge in 2005. Insulin resistance can trigger the formation of the plaques that are present in diseased brains. In fact, those with diabetes are at least twice as likely to develop Alzheimer’s disease. We know that diabetes can be controlled through diet, so it bears to reason that dementia, as a “Type 3” diabetes, could be controlled or prevented through diet, too.

Dr. Mary Newport was so moved by the effect of ketones on her husband with early-onset dementia that she wrote a book, “Alzheimer’s Disease: What if There Was a Cure?” to help get the word out. Dr. Newport’s husband, Steve, was diagnosed with Alzheimer’s in his early 50’s. In her book she describes his decline and how within a few short years he was almost a shell of the person he once was.

Dr. Newport then stumbled upon a patent application that involved using MCTs as a way to treat patients with dementia. The MCTs convert to ketones once ingested and those ketones provide valuable fuel for the brain. As Dr. Perlmutter did, she explains that while glucose is the primary fuel for our brain cells, insulin is required to allow glucose to enter those cells. As the ability to make insulin and use insulin becomes defective in the brain, cells malfunction and die off because the connections between the cells disintegrate. This process could begin 10-20 years before any symptoms become apparent.

After discovering the patent application, Dr. Newport did further research and discovered that coconut oil contained these valuable MCTs. Noting that either a ketogenic diet or regular doses of MCT and/or coconut oil would provide Steve’s brain with ketones, she began giving Steve doses of coconut oil daily, and later added in MCT oil. Dr. Newport saw immediate improvement in his memory – she says, “the light switch came back on” the day Steve started taking the oil. This improvement continued so much that Steve was able to volunteer twice a week at a hospital working in the warehouse. This was after he could not draw the face of a clock, was unable to dress himself without assistance, and had almost completely withdrawn socially.

A press release last year discussed the results of a study conducted by the Research Center on Aging and Department of Nuclear Medicine and Radiobiology at the University of Sherbrooke in Canada. According to the press release, the study’s findings “[C]orroborate earlier studies that suggest ketones, the only alternative fuel source for the brain, could help compensate for the brain energy deficit in patients with Alzheimer’s dementia and other neurodegenerative conditions.”

Each book mentioned above cites numerous studies and research on the topic of diet and resulting brain disease. Further research should be done and medical advice sought before determining whether a change might be beneficial to you or a loved one.

I started following a ketogenic diet over 5 months ago and I have never felt better. I did so primarily because of my research in this area after reading the books mentioned in this blog. Having witnessed firsthand the devastating effects of dementia, I am determined to give my brain every chance possible to stay healthy regardless of my age.

It would be great if we all loved our children’s spouses. But what happens if we don’t? And worse, END_OF_DOCUMENT_TOKEN_TO_BE_REPLACED

Advance Directives are legal documents that protect you when you are unable to relay the information yourself. This may be due END_OF_DOCUMENT_TOKEN_TO_BE_REPLACED